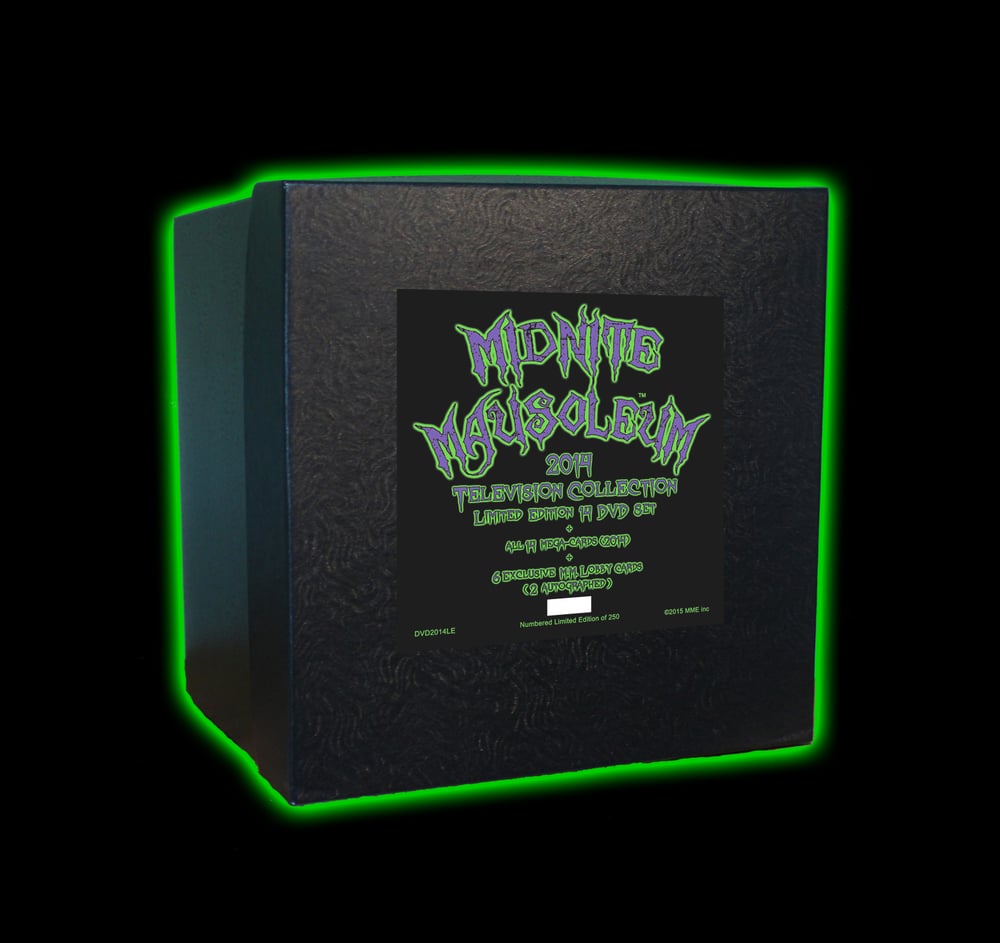 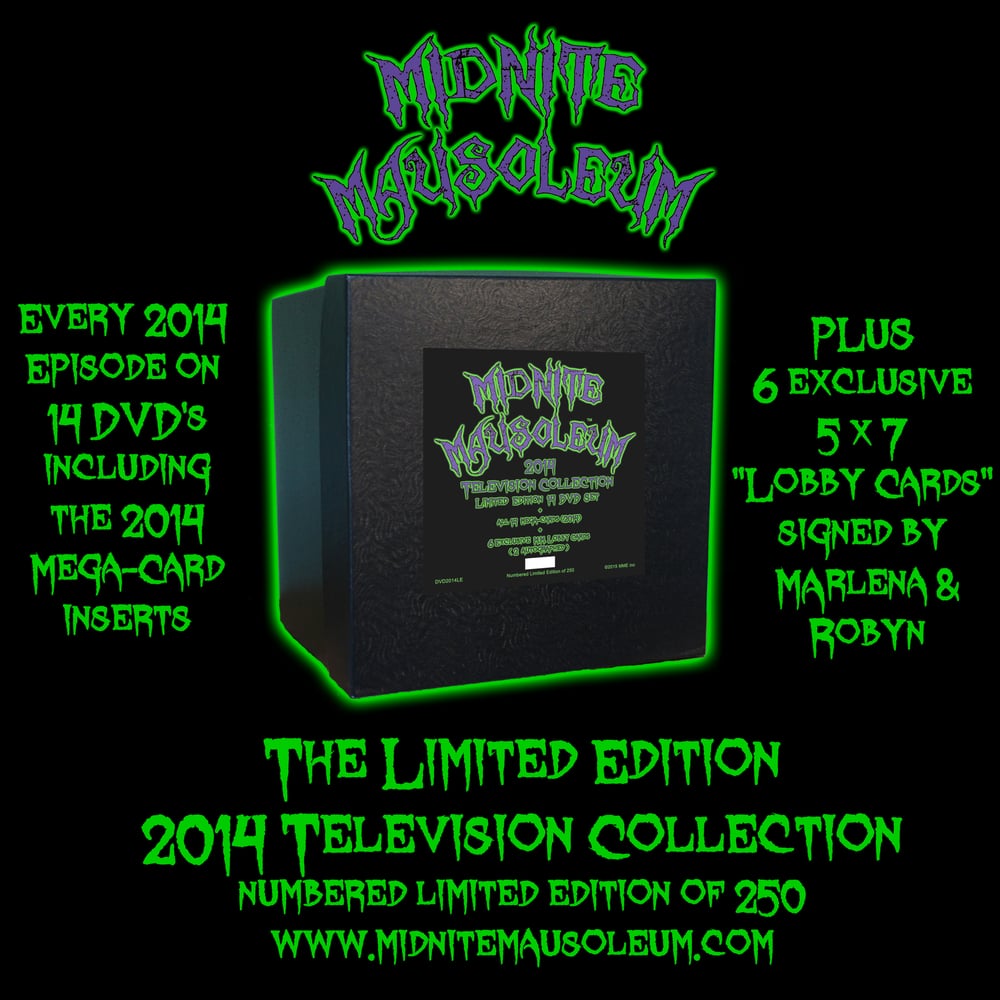 14 full episodes as they aired on television, including:
The Bat
Rattlers
The Terror
They Came From Beyond Space
Nightmare Castle
Monster From a Prehistoric Planet
Santa Claus Conquers The Martians
and many more
Also includes the 2014 BEST OF EPISODE