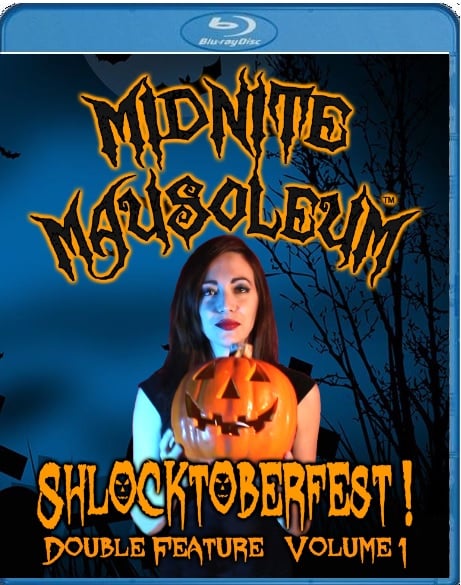 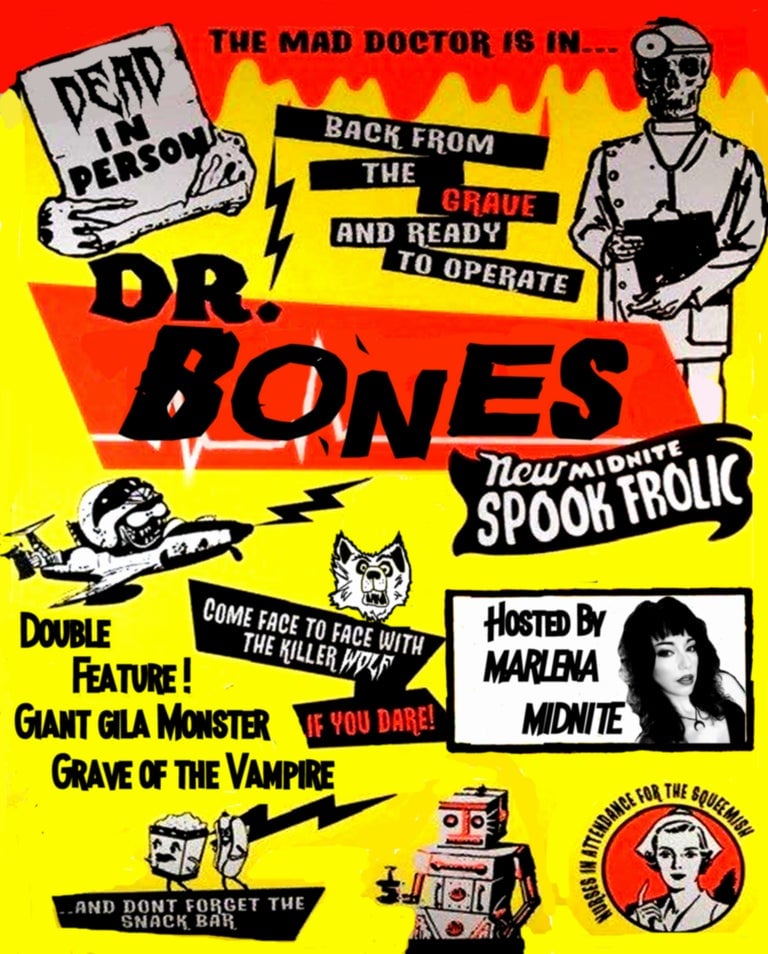 New 2021 episodes to celebrate the greatest of all seasons !

2 complete episodes of one of America's longest running female television horror hosts ! Come join Marlena Midnite and her friends as they bring you 2 of the "Shlockiest" features to grace the big (and small) screen.
Killers From Space and The Ghost (extended version of this episode) !
+ the original 30 second TV promo spot for SHLOCKTOBERFEST
+ Outtakes and Bloopers from the taping of these 2 episodes.

Midnite Mausoleum in beautiful 1080 HD and Dolby AC-3 Pro audio (movies themselves are up-rezzed from 720 and are about the condition you expect for their age...)